China's island builder has US embassy in Manila surrounded

MANILA -- China Harbour Engineering has clinched a contract for a $1 billion land reclamation project to extend SM Prime Holdings' Mall of Asia complex in the Manila area, with construction greenlighted to begin next year.

The company is among a group of Chinese construction businesses working on at least five separate land reclamation projects in Manila Bay that will in effect leave the U.S. government's bayside embassy in the Philippine capital surrounded by reclaimed land.

China Harbour Engineering, which figured in a bribery scandal involving a Bangladesh highway project last year, is a subsidiary of infrastructure giant China Communications Construction Co., which oversaw the transformation of a handful of rocks and reefs in the South China Sea into a chain of Chinese maritime and military outposts.

"The company has finalized a selection of consultants and contractors from a roster of reputable companies with proven global reclamation and dredging experience to ensure proper and responsible implementation of the project," SM Prime President Jeffrey Lim said on Friday.

While Beijing's militarization of the South China Sea has raised regional tensions and undermined relations with Washington, Philippine President Rodrigo Duterte has downplayed the issue in return for closer ties with China and less reliance on the U.S.

The reclaimed land around Metro Manila is set to host a series of new shopping centers, hotels, offices and entertainment facilities in the chronically gridlocked capital, which has struggled to accommodate a growing economy as well as a recent surge in Chinese tourism and a flourishing online casino industry that has attracted hundreds of thousands of Chinese workers.

Twenty-three reclamation projects, many of them in the Manila Bay area, have been proposed as of March, according to the Philippine Reclamation Authority.

SM Prime said the Mall of Asia project, first proposed in 2013, had received a formal "notice to proceed" from the Pasay City local government recently. Reclamation work is expected to be completed within three years, with two more years needed for land development, Royal Boskalis said.

President Rodrigo Duterte has ordered the transfer of power to approve reclamation projects from the National Economic and Development Authority (NEDA) to the Philippine Reclamation Authority (PRA), which is now placed under the Office of the President (OP).

Executive Order (EO) No. 74 states that the PRA shall now be "under the control and supervision of OP" and notes that the agency shall be given the power to approve all reclamation projects, including those initiated by local government units as well as government-owned or government-controlled corporations.

The document, dated February 1 and noted by Executive Secretary Salvador Medialdea, also mandates the PRA to seek "advisory opinions" from other agencies such as NEDA, the Environment Department, and the Finance Department with regard to reclamation project proposals.

"No reclamation project shall be approved by the PRA without the required Area Clearance and Environmental Compliance Certificate to be issued by the DENR. The DENR shall ensure transparency and inclusivity in the conduct of the Environmental Impact Assessment which shall include public disclosure and multi-stakeholder engagement," the document read.

The order will also nullify EO 146, which initially delegated the power to approve reclamation projects to NEDA.

All projects must undergo public bidding, the order added.

The PRA shall also craft a national and regional "reclamation and development plan" that takes into consideration the environmental, social, and economic impacts of the proposed activities.

Last November 2018, the PRA and NEDA signed a joint memorandum circular, which aimed to strengthen the supervision and regulation of such projects.

The development comes amid reports some reclamation projects were approved in Manila Bay, which is also undergoing a massive cleanup.

ALERT — Metal walls are being installed along the shores of Bacoor City, Cavite; blocking the fishers from going offshore to conduct fishing livelihood. These walls, lacking project details, are believed to be part of the 420-hectare reclamation project in Manila Bay by the LGU. 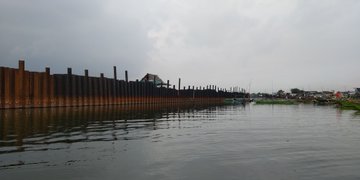 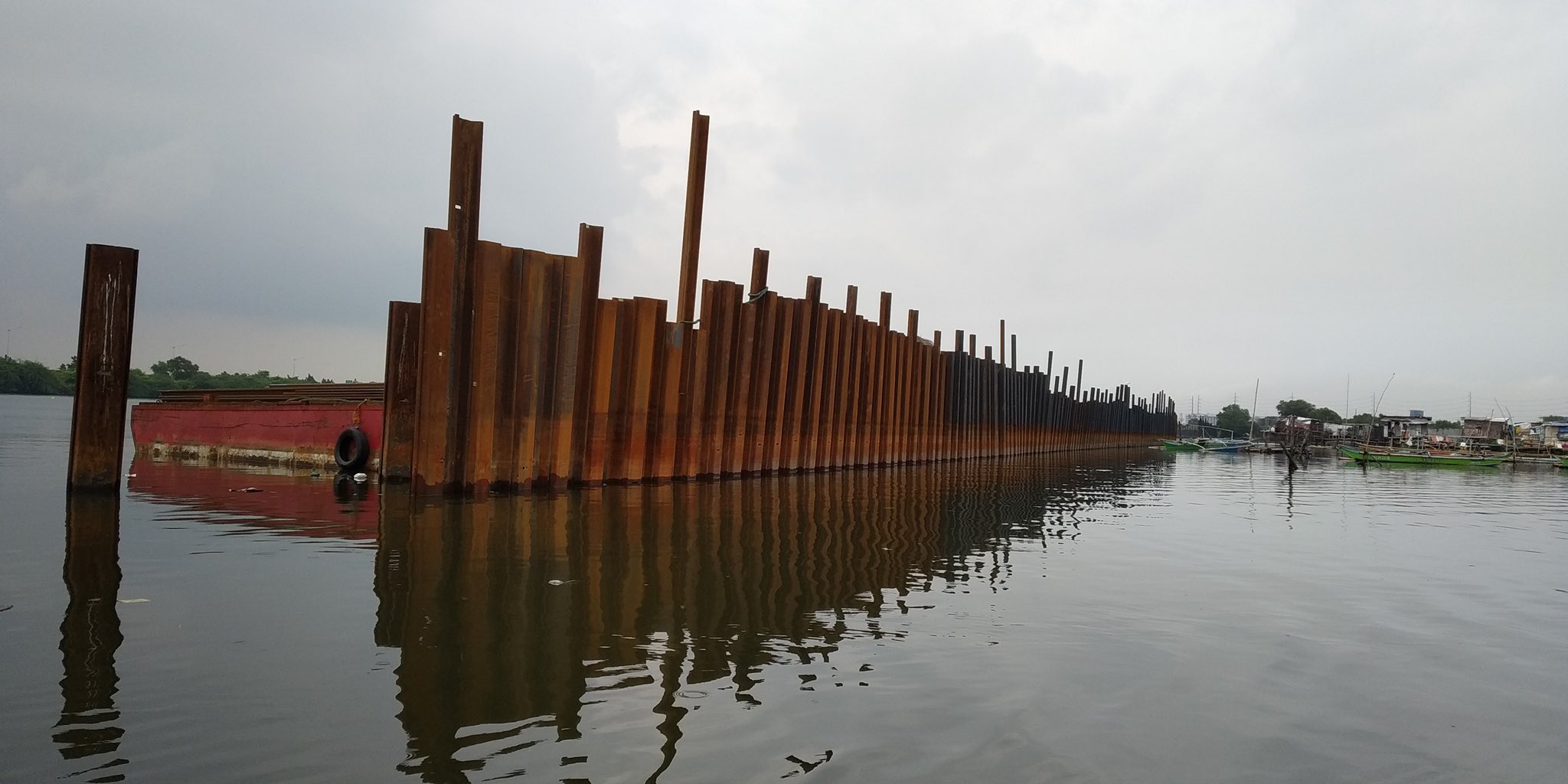 ALERT — Metal walls are being installed along the shores of Bacoor City, Cavite; blocking the fishers from going offshore to conduct fishing livelihood. These walls, lacking project details, are believed to be part of the 420-hectare reclamation project in Manila Bay by the LGU.